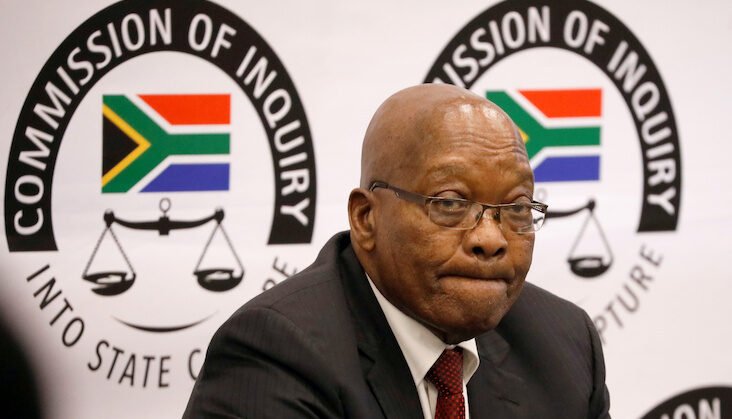 In a case concerning a locomotive procurement deal for the state-owned operator, Transnet, South Africa’s National Prosecuting Authority added McKinsey and one of its former top consultants to a long list of defendants, the authority said in a statement on Friday. The proposal, which was the largest-ever public procurement in the nation when it was revealed in 2012, was managed by McKinsey.
Charges against the other defendants, including the former Transnet CEO, include fraud, corruption, and money laundering. What exact accusations McKinsey and its former senior partner, Vikas Sagar, would face remained unclear from the announcement. The authority’s representative was unavailable for comment.

A McKinsey spokeswoman issued a statement saying, “We feel the allegations made against our South Africa branch are without merit and we will defend against them.”
Information about McKinsey’s involvement in the problematic procurement has been widely publicised in the media and during parliamentary hearings for years. The investigations uncovered widespread corruption that turned government agencies in South Africa into sources of income for dishonest companies and resulted in Jacob Zuma’s impeachment as the nation’s former leader. State capture is the term used in South Africa to describe this pervasive corruption of public officials and businesses.

One of several foreign businesses involved in the research is McKinsey. Due to work it had done with the nation’s tax collecting agency while Mr. Zuma was in office, its rival Bain & Company was this month barred from submitting bids for 10 years on public contracts in South Africa.

The accusations against McKinsey rank among the most serious ever made. Although it denied any wrongdoing, McKinsey agreed to pay more than $600 million last year to settle civil investigations into its role in providing advice to drug makers in the United States.

McKinsey was required by South African law to collaborate with a Black-owned subcontractor in order to obtain a consultancy contract with Transnet. But rather than carefully investigating that subcontractor, McKinsey relied on Transnet’s suggestion that it work with a firm called Regiments Capital to help manage the acquisition of a fleet of 1,064 rail locomotives. The cost of the locomotives was previously projected to be $2.6 billion, but it mysteriously increased by around $1 billion very immediately.

According to McKinsey, it had no bearing on the choice to spend the additional funds. However, after recruiting Regiments, McKinsey won “an unusual succession of sole-source contracts,” during which its costs climbed “exponentially,” according to Matthew Chaskalson, a member of a court commission looking into dubious contracts with state-owned organisations. Later investigations by the media and the commission revealed Regiments’ connections to the politically significant Gupta family, a group of three brothers who for many years concealed their affiliations with businesses that were dishonestly winning big state contracts.

The judicial commission discovered three questionable McKinsey contracts before the end of 2020, including ones with the state-owned airline and the country’s power business, Eskom. McKinsey claimed that it was unaware of the irregularities, and there was no evidence presented to support this claim. About $100 million was willingly returned by McKinsey.

The McKinsey spokesman stated in the statement, “We took action when we made mistakes and apologised openly where we did so. “For some initiatives, we also gave interest on the whole amount of our fees. We took this action because we were adamant that it was the proper course to take. We communicated what we learned from our own in-depth internal investigations with the relevant authorities and worked in concert with them.

Mr. Sagar, a key figure in McKinsey’s consultancy work for Transnet and Eskom, is the focus of the government probe.

Mr. Sagar attended the University of Michigan and earned an M.B.A. from the Wharton School of the University of Pennsylvania in Philadelphia prior to working for McKinsey. Mr. Sagar advanced swiftly through the ranks at the McKinsey branch in South Africa. He was well-liked, had a vibrant personality and a well-known interest in fashion, but he was also a risk-taker who once hired McKinsey employees to contribute to a senior Transnet official’s thesis. Mr. Sagar had not engaged in any criminal activity, according to an internal probe.