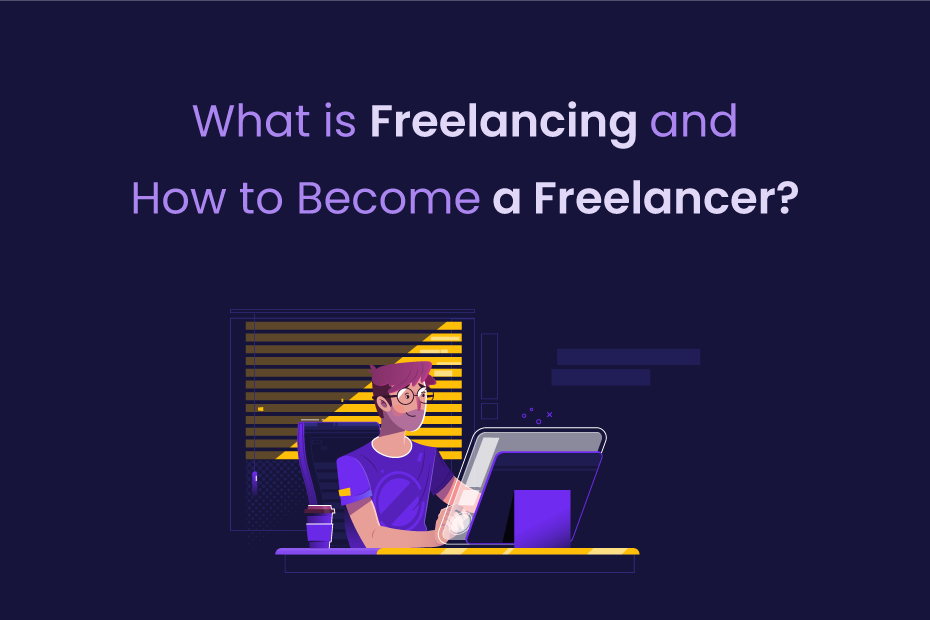 How does freelancing work?

The term “freelance” was first used, according to Merriam-Dictionary, Webster’s in the early 1800s. “Medieval mercenary who would fight for whichever nation or individual paid them the most,” was how the phrase was defined at that time.

Since then, the term has changed, even taking on various names among employees. Freelancing eventually proliferated to the point where the phrase “gig economy” was created.

In today’s world, a freelancer is essentially a self-employed worker. If you wish to work for yourself, you’ll probably make money by offering clients specialised services. The majority of independent contractors work on a contract or part-time basis for businesses.

Since they may choose their own work schedule and sign contracts for numerous projects or jobs, many people try to work as independent contractors. This means that independent contractors can work more flexibly and earn more money than their salaried counterparts. Some of the most sought-after freelance services are those in the IT and programming industries. Many content producers, including writers, video producers, and web designers, can earn well as freelancers.

What is the gig economy?

The gig or freelance economy was developed as a result of the growing popularity of freelancing. The term “gig economy” was first used, said the report, “during the height of the financial crisis in early 2009, when the unemployed were making a livelihood by gigging, or working multiple part-time jobs, wherever they could.”

Evidently, the phenomenon has developed since then. The value of the global gig economy is predicted to be US$347 billion in 2021 and to reach $455 billion in 2023, growing at a 17.4% compound annual growth rate (CAGR).

According to statistics, 7.5% of Malaysia’s urban workforce in 2011 was working in the unorganised sector. This percentage increased to 7.9% in 2019. According to Emir Research, there were approximately four million independent contractors employed in Malaysia as of 2021, and that figure is rising daily.

Who works in the freelance industry?

According to a survey on worldwide freelancer income released by Payoneer in 2020, professionals in the field of web and graphic design are most prominent with 30%, followed by workers in programming at 19% and workers in IT at 10%.

Given how quickly these jobs have increased in popularity over time, the number of freelancers worldwide is not surprising. Even more distant employment opportunities have been made possible by technological developments like cellphones.

Malaysia, where the government is participating, is one of the best instances of the gig economy fostering economic growth.

Government officials in Malaysia see the gig economy as a chance to boost productivity by giving underemployed people flexible part-time jobs. A government organisation called the Malaysia Digital Economy Corporation (MDEC) has established a number of initiatives to help underemployed Malaysians join platforms like eRezeki and eUsahawan. The “B40” or poorest 40% of income households are the target audience for the programme.

As a result, it is not surprising that the government has identified the gig economy as a new driver of economic growth that would be incorporated into the 12th Malaysia Plan for the years 2021–2025 and help boost the nation’s gross domestic product (GDP).

Why do people freelance? 4 benefits of freelancing

What would freelancing look like today without technological advancement? Technology has significantly cut entry barriers, making gigs accessible to a record-breaking number of people. A few years ago, what was considered a side business has grown into a trillion-dollar industry with millions of participants.

One of the key forces behind the gig economy is millennials. According to Richard Lobo, Head of HR at the Indian IT company Infosys, “With a growing migration of millennials into the workforce, all old notions about what works to keep people engaged and motivated are breaking down.” He explains the escalating gig economy tendency as a result of the younger workforce’s shifting preferences.

Now that Generation Z is starting to enter the workforce, industry analysts believe the trend of working freelance contracts will continue.

Due to their flexible scheduling, independent contractors may be able to charge more per assignment. Instead of working for only one company, they can choose how much time they want to spend on a task.

Gig workers can access several marketplaces to generate multiple streams of income because to the digital age. The younger generation is then able to earn more money than those who have worked for the organisation for a longer period of time.

The prospect of a better work-life balance is another reason why many people decide to work as freelancers rather than obtain traditional employment. Freelancers desire more flexibility in their schedules because they are sick of the standard 9 to 5 workday. A staggering 70% of independent contractors agreed with this sentiment, demonstrating that not just younger generations require more time for meaningful activities outside of work.

How to begin freelancing: 6 tips for jobseekers

Still wondering what freelancing is? Then perhaps you ought to give it a shot for yourself. Freelancing doesn’t require you to make a significant jump. See if it works for you after giving it a try. Here are 6 suggestions on how to use the gig economy to your advantage.